Check Your Brakes and Keep Pedaling! 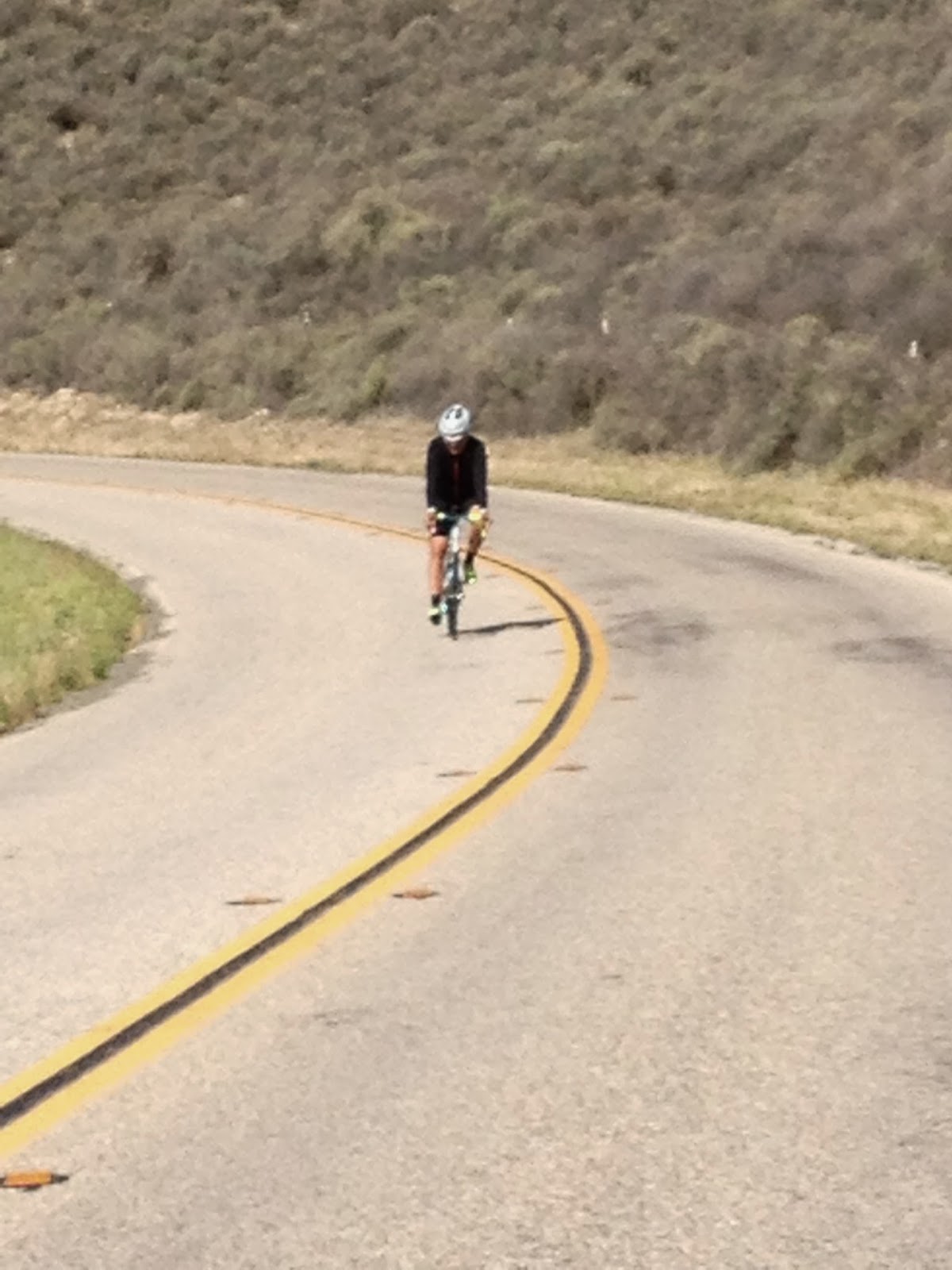 “THAT A GIRL PAMELA!!!” I love riding with Mark. Anytime I do something that I could or would not do before, my husband is the first to notice and celebrate.

Woo hoo!! Thirty-one miles per hour down Thorne Road! I actually think I have gone that fast before, but not often. And I didn’t touch the brakes….In fact, I even pedaled DOWNHILL!!!

Of course, having just written a post about my scary load and how it reminded me of going downhill on a bike, all I could think about was how my load turned out.

Actually, it didn’t. It didn’t come close to ‘turning out.’ Within an hour of sending my dispatch off to the truck the whole thing had gone south. It’s a long story, so I won’t describe the slow unraveling of what seemed to be the perfect opportunity of beginning something new and exciting. But, as it was all happening, for the most part, I did not ‘touch the brakes.’

I hesitated to write this post because it seems like everybody these days is creating content out of the good, the bad and the ugly. It’s interesting how creative some people can be at turning something this disappointing into three to five points that have some business relevancy. And I did learn (or at least get to review) some things that I did not know or remember from past experiences. But being sort of a private person, and definitely too proud to air my blunders, it just seemed smarter to think “Glad no one saw that!” and go on.

But since this happened, I have encountered some genuine concern and apprehension in the trucking industry that may have some parallels to careening downhill on a bike. Not only have I sensed some dissension and uncertainty in places like Linkedin and other trade journals, but also, some of our own carriers sound somewhat frayed over the long term future effect of regulations, and other industry issues. So, I might as well throw my two cents in, if nothing else, to remind myself of all the good that results from letting things get a little on the wild side.

First, do a brake check. Just before I crested the top of the hill, I did a quick squeeze on the lever (and at my age I am always glad that I remember to check the back brakes before the front.) This is one thing I did not do on my produce load. And I should have known better. See, sometimes being too familiar with a process can lead to inattentiveness to an important detail. One question to my carrier, and this entire dilemma would not have happened. That simple. Okay, next time, I am all over it. 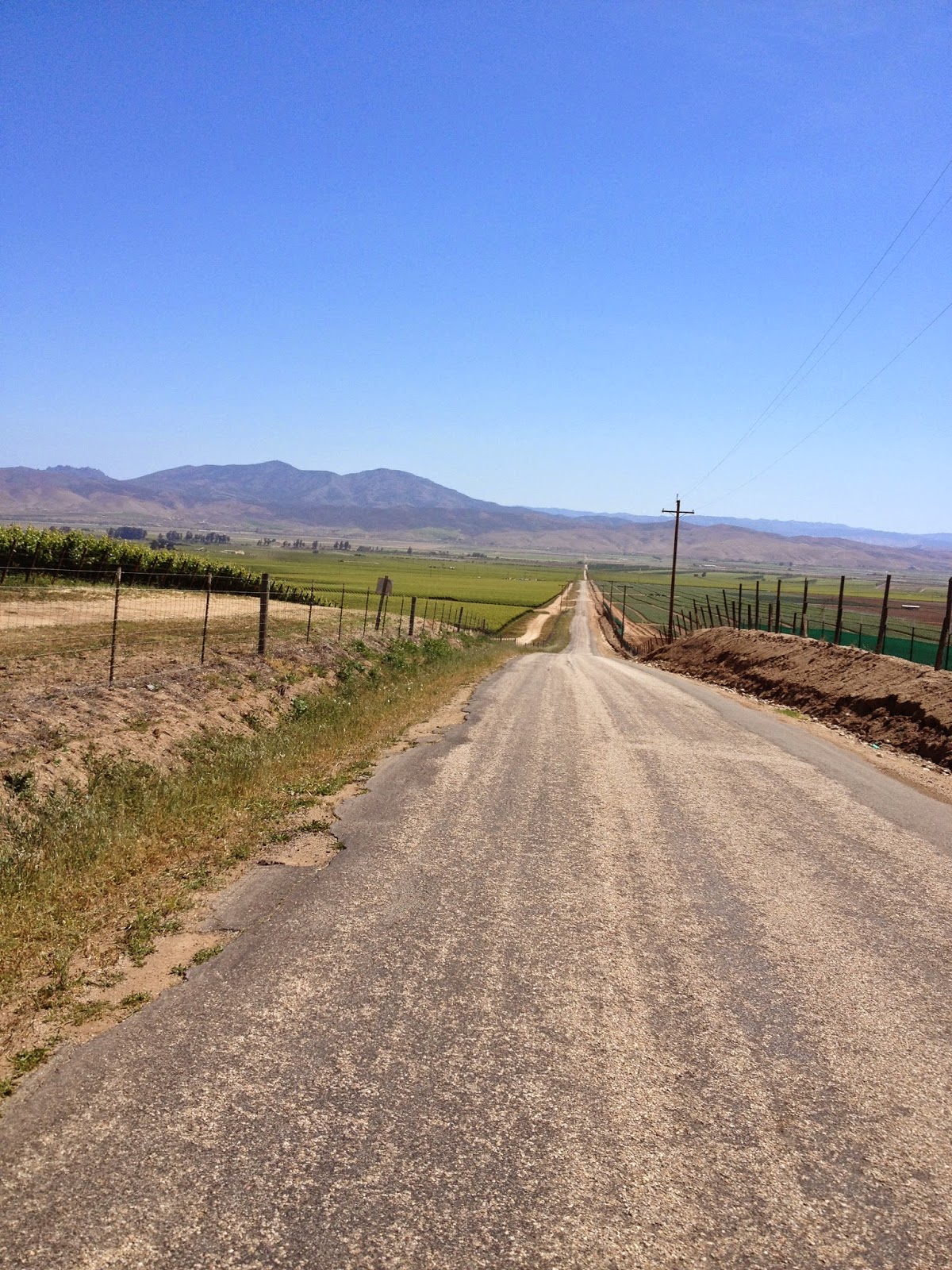 As things develop, favorably or not, in the trucking and produce industries, stay focused and be diligent to do the things that seem insignificant. That way, as things heat up, at least you have the confidence to know you have things in place, systems, routines, policies and even people, to carry you through a rough spot.

Second, keep pedaling. On a bike, the pros pedal downhill to maintain rhythm in their pedal stroke. It was so exhilarating to shift into a higher gear so that I could go faster AND keep my rhythm.  Seriously, you gotta try it… I was truly full of myself at the bottom of the hill. Just remember this is NOT a good time to ride with a smile, at least with your teeth showing! Bugs...

This is the same idea as I mentioned in my first point. Don’t stop or hesitate to do what is a successful and important part of what you always do to keep moving. And the excitement of working through a problem knowing that you were pushing through it instead of grabbing the breaks and hesitating will give you renewed energy and interest in your business.

In my disaster load, even after seeing my disappointing first misstep, I moved on. There were definitely icky parts of that morning, and I wouldn’t want it to happen all the time, but as I continued to deal with the problem, I realized that I had more resolve and determination to make things better than I had originally thought. The day finished on a high note knowing I weathered that ordeal and had gained wisdom and experience for the next inevitable challenge.

Third, I can go fast, and live. For awhile now, I believed that going fast downhill was a definite crash and burn situation awaiting. It’s just not so. As I mentioned in my second point, keep pedaling, and of course, check your speed, but there is a positive outcome awaiting. Ride/work like you believe it and when you finish the test, look back and think like The Grinch. “That worked out nicely!”

Last, try to surround yourself with people who will encourage you to push past your limitations. As I said at the beginning of this post, hearing my husband’s excitement and seeing his smile over my new speed record, made me want to turn around and ride back up the hill to try to do better.

When the dust settled that Friday and I had to switch gears from new customer/first load to make the hard calls and move on, I did have some moments of serious ‘Darn it!’ But I have family and friends that are QUICK to point out the upsides of a bad situation and kick me past the negatives.

Trucking is not simple, and neither does it always get the positive attention it truly deserves. And there are some significant challenges ahead that will test even the most determined of trucking companies. But, test the brakes, keep pedaling, and know that you will survive and enjoy the results with the people who helped get you down the hill!
Posted by Pam Young at 9:29 AM