Tell Us Another Story Jack! 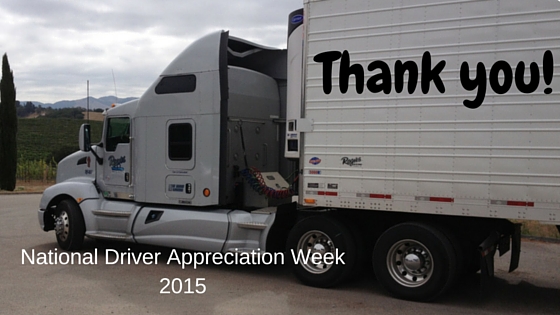 They say, “All good things must end.”  So comes the end of National Truck Driver Appreciation Week.  All the grateful words and poignant videos of some of our most valuable workers will fade away, at least until next year.


My kids and I have talked about this sometime annoying reality of how the best things in life have endings.  A great meal at home or a beautiful restaurant, a snowy trip to the cabin, a visit to the aunt’s pool, a victorious horse show, movies that really should go on forever...it just seems like there never should be an ending to some of the perfect things in life.


But the one thing that we do have is memories.  Unfortunately, I am finding that they too can diminish (darn age thing), but at least not as fast as time.  For me, it is the people who are in these memories that I remember the most.


So while this week in which America focused its attention on our truck drivers, their work and contributions, both collectively and individually, draws to a close, my gratitude, however, remains.


In the seventeen years that I have owned this company, we have had some very significant achievements and successes.  But my favorite parts of our history are primarily centered around the drivers who are the reason we are who we are today.


Every business has a story, which makes it unique and interesting.  Most good stories, much like memories, have a person somewhere in the telling of it.  Our company has many stories, of course not all with happy endings, but many that not only have a good ending, but they have a main character either doing or saying something that becomes incredibly memorable.


After seventeen years I have gathered a few good tales.  And trust me, some of the do turn into tales bordering on fiction, only because most everybody  loves a ‘happily ever after’ ending.  I do have some great stories, and I wouldn’t trade (most) of them for the world.  But the part of our company’s past is best told by the man I bought the business from in 1998.


Jack is from the northeast corner of Texas.  Before he started this company, he worked everywhere, but mostly in the produce industry.  Oh his stories are good.  They are about a time which in some ways have a fairy tale feeling because it just seems like ‘the good ol’ days’ were full of possibility.  If you could imagine getting something done, darn it, there was a way to do it. 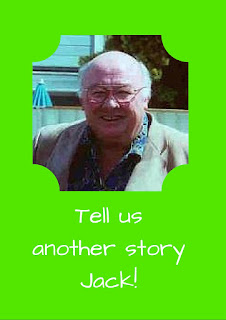 And that’s pretty much how Jack ran the truck brokerage.  Of course, now it seems like everything has to be black or white, right or wrong.  Now we live with technology and regulations and benchmarks and all those measurement doohickies that prove you are, or are not, doing things correctly.  You know, if you can’t measure it, you can’t move it!


To some degree, this rigid world sort of lessens the impact and influence that people wish they could reach.  It sort of takes the ‘try’ out of some of the more ambitious individuals, many of whom are toiling away behind the wheel of a big rig.


But thanks to stories, even if we have to let some of the more daring dreams of today wait until we can figure out how to ‘implement the most effective and cost saving strategies to maximize the’ whatever, we still have great storytellers like Jack who can tell the tale of Michael B. and his magnificent attempt to haul over 100,000 pounds of carrots over the Tehachapi Mountains on California’s Highway 158.


To this day, when Jack starts this story and several others, he always says things like “If you look back over our history there are a lot of scary things that went on.”  He is talking about the rearview mirror stuff, hindsight vs foresight, that had he known how things would unwind, he would have taken a different path.


But Michael was a ‘cross the T and dot the I’ guy, and never would he even think about leaving ‘illegal.’  No way would he take an ounce over 73,280 pounds (the legal weight limit in those days,) even if it took hours and a million trips back to the loading shed to get it right.


Until one day...just like that, he decided that he was going to make ‘bigger money’ and load his wagon to the max.  Some of his friends who also loaded with Jack were hauling citrus and making some big money, and he wanted the same.


The only problem was that the load he decided to ‘go big’ on happened to be carrots.


Jack, of course not dreaming Michael would ever load over the limit, told him to put on as many packages as he thought he could carry.  In those days freight was paid by the package instead of a flat rate.  And Michael did.  120,000 pounds worth.


To this day, every time Jack tells the story, he says, “I should have never told him that.”  Jack says he was on pins and needles all the way until Michael called to let him know that he had arrived in Jessup Maryland.


The receiver was scared to death that the trailer would break in two pieces as he maneuvered around the dock.  And by the time Michael got there, among many things, he had blown at least 3 or 4 tires.  The juice was not worth the squeeze.


Ya boy, Jack has a few humdingers!  But not all scary like this, and many are about wonderful drivers who were hard workers, great family people, and ultimately, awesome friends.


Which brings me back to where I started, about all good things don’t really have to end.  The week may be over, but I still have a job that is filled with great truck drivers who understand the perseverance and consistency required to be a professional driver.  They deliver on the ‘nuts and bolts’ of what it takes to move a load of produce.


And in the end, I may be getting a brokerage, but for the most part it’s the friendships that have been forged over the past seventeen years that I most appreciate and value.


Thank you for a job well done, and being wonderful friends!